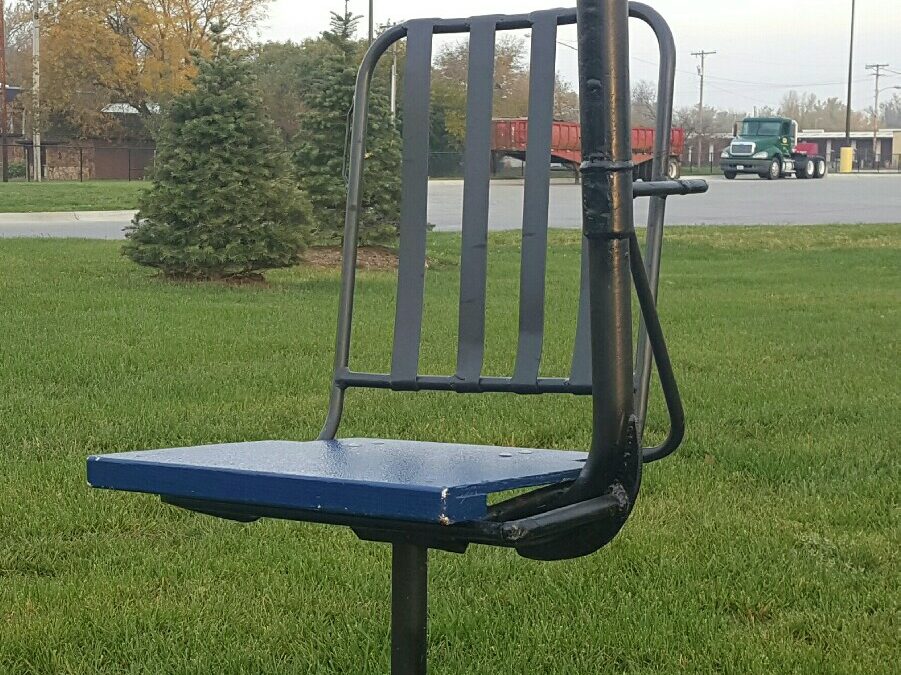 The world’s first three ski chairlifts were created for the ski resort in Sun Valley, Idaho in 1936 and 1937, then owned by the Union Pacific Railroad. The first chairlift was installed on Proctor Mountain, two miles east of the more famous Bald Mountain, the primary ski mountain of Sun Valley resort since 1939. The chairlift was developed by James Curran of Union Pacific’s engineering department in Omaha during the summer of 1936. Prior to working for Union Pacific, Curran worked for Paxton & Vierling Steel also in Omaha, which engineered banana conveyor systems to load cargo ships in the tropics. (PVS manufactured a portion of these chairs in their Omaha facility.) Curran re-engineered the banana hooks with chairs and his basic design is still used for chairlifts today. The patent for the original ski lift was issued to Mr. Curran with two others. It was titled “Aerial Ski Tramway, US Patent 2,152,235. W. Averell Harriman, Sun Valley’s creator and former governor of New York State, financed the project.