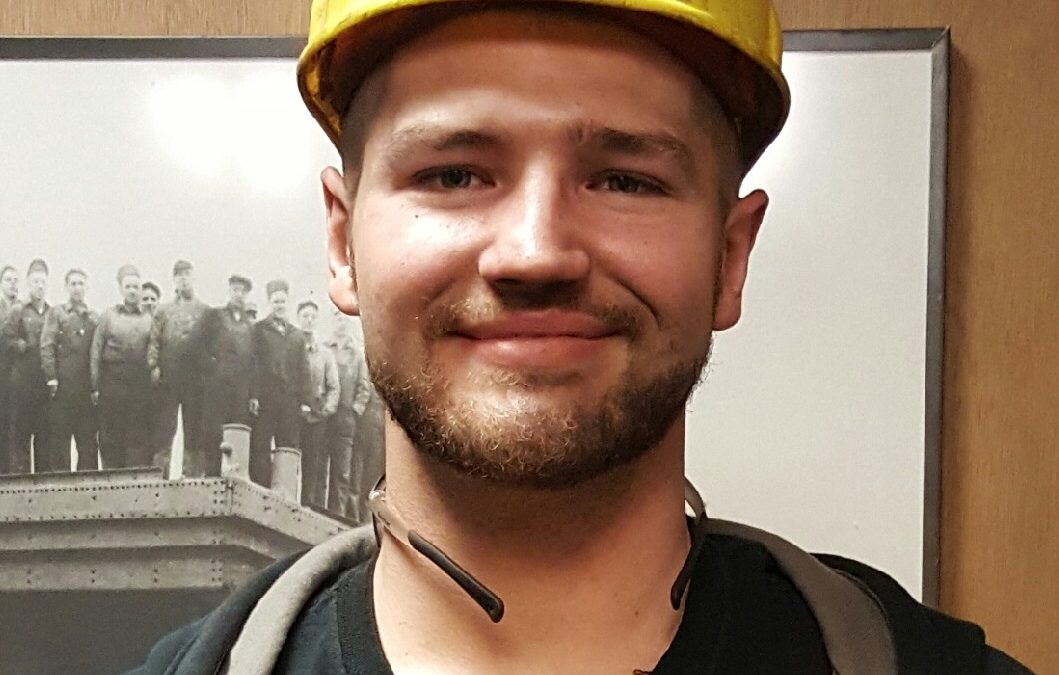 Brad Dittman started as one of four apprentices in the program in September 2016.

Brad worked as a truck driver delivering construction supplies prior to working at Owen Industries. His grandfather had been a welder and Brad was really looking to have a solid technical skill he could make a career of. He had done some welding in high school, and was enrolled in the welding program at Metro Community College. Brad saw the Apprenticeship Program on line and applied.

Brad states the program has been interesting; he’s enjoyed the more complex welds he has learned here. He, along with the other apprentices, has enjoyed welding columns for the nuclear site jobs, he enjoys being a part of a large project and projects that are located all over the country.

Brad values the expanded knowledge he has learned in the welding apprentice program, and appreciates the willingness he gets from his more experienced co-workers. They are always willing to go above and beyond to help and share information that can only be obtained through work and experience.

Brad feels that this is the place he has always been looking for. He likes the day hours, and that fact that he is close to home and able to be with his friends and family every night. Having a regular work schedule is an additional perk to having a valuable and solid career skill.