Nick Ciurej started as one of four apprentices in the program in September 2016.

Nick worked at a local car dealership with plans to go to school to be a mechanic. Changes at his dealership pushed him to look at other career options. After seeing the size of the Owen Industries campus, his interest in working at Owen Industries grew. In his first 6 months, he has become close with many of his co-workers and enjoys the broad spectrum of experience that has been shared with him by his co-works who have knowledge that ranges from newly hired welders to many decades of welding expertise. His current journeyman has taught him many valuable things that cannot be learned in a classroom, only from working on projects with a skilled and accomplished welder.

Nick has enjoyed working on columns that will be placed in a future nuclear plant. These will be the supporting columns for containment for this plant.

Nick learned quickly that the proper attire is critical for welding, he had a “nice sunburn” on his arms the first day, he’s always sure to wear long sleeves to work now. And he stressed the importance of following procedures by the book. 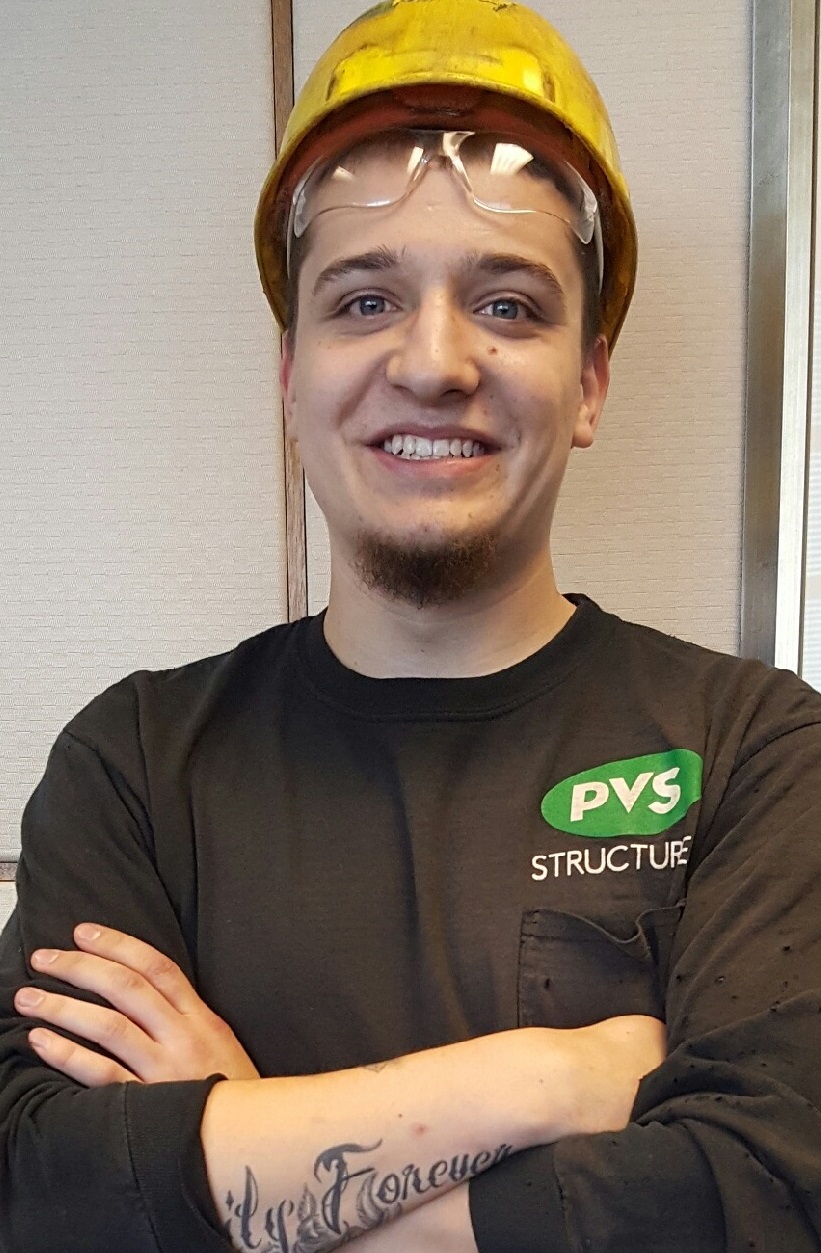