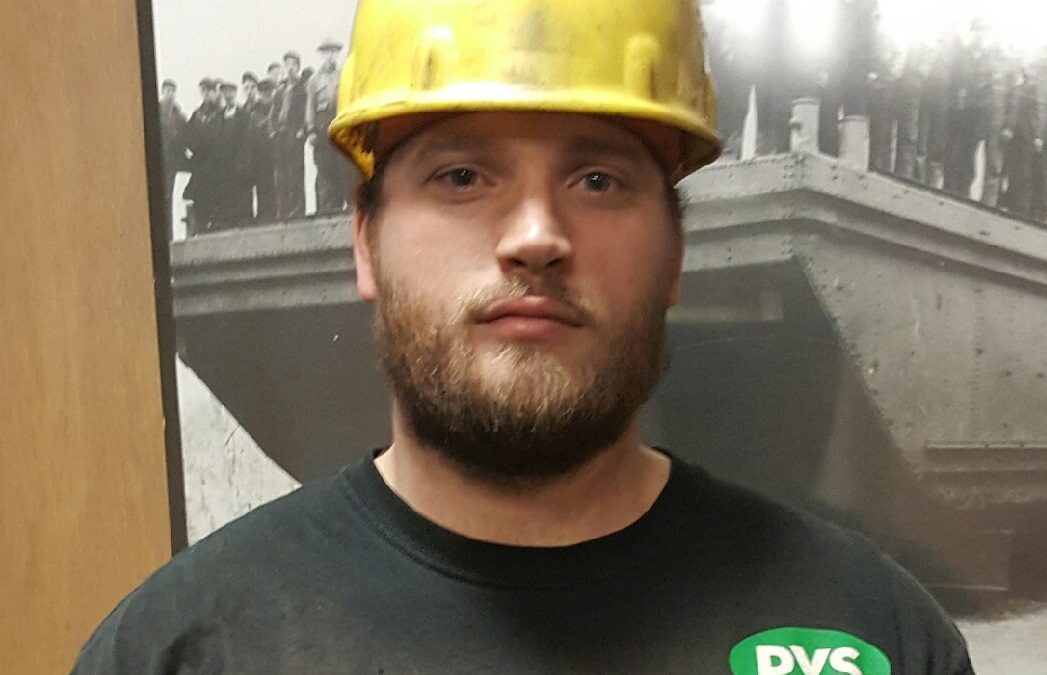 Aaron Gunn started as one of four apprentices in the program in September 2016.

Aaron worked several jobs prior to the welding apprentice program; flooring, customer service, National Guard, security….jack of many trades. Aaron had a friend who encouraged him to apply and when he moved from Florida to the Midwest, he found the program listed on-line.

Aaron has worked in many different areas of the Structures building, he recently started welding in the bridge bay. This has become one of his favorite projects.

Aaron has learned many things in his 6 months with the program, he enjoys learning all the diverse happenings in the operation. He states asking questions is the best way to acquire important needed information.

Aaron has really enjoyed the people he works with here at Owen Industries/PVS Structures. His co-workers in the Bridge Bay have been helpful and have taught him many valuable lessons. The apprentices have classroom time on Tuesdays from 3:30 pm to 7:30 pm. The instructor from Iowa Western comes to the training area. The program is 3 years long, and at the end each apprentice will be a certified journeyman. Nick Bristol, the PVS Structures Plant Manager has been a favorite mentor for Aaron.