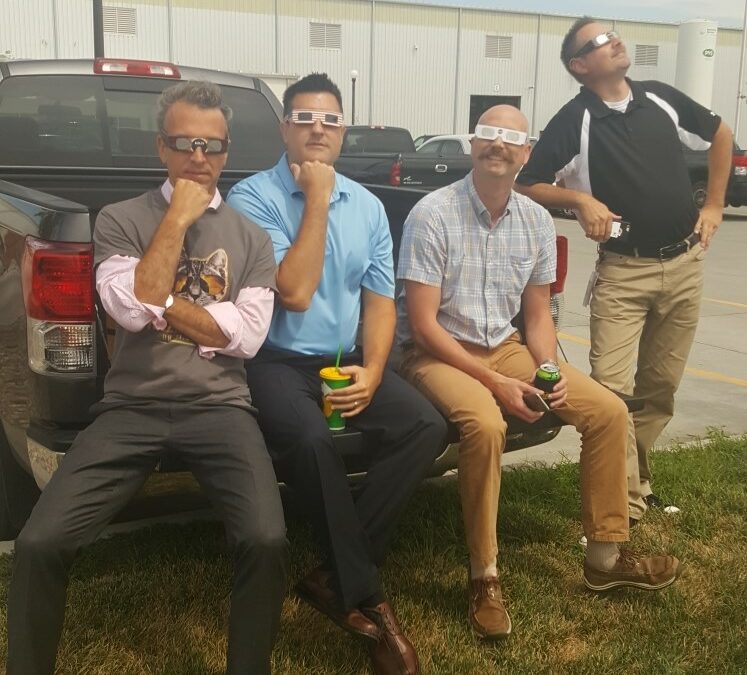 On Monday, August 21, 2017, a total solar eclipse, frequently referred to as the “Great American Eclipse“, was visible within a band across the entire United States passing from the Pacific to the Atlantic coasts.

“Nebraska, the Cornhusker State, is neatly bisected by the path of the total solar eclipse. As the state is dominated by treeless prairies and crop fields, there will be little interference of the total eclipse of the Sun by trees, terrain, or structures.  Conveniently, a very long stretch of Interstate 80 from before North Platte to the edges of Lincoln is within the path of totality.”

Many of the Owen Industries/Paxton & Vierling Steel staff were able to enjoy viewing this once in a lifetime event.