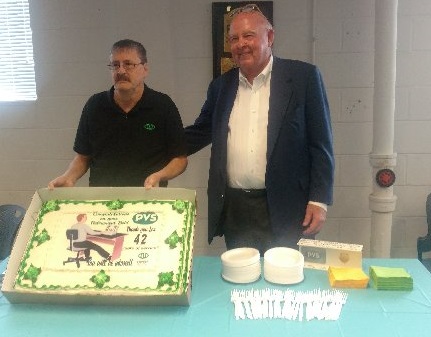 Bob White started with Owen Industries February 9, 1976. He started in Accounting doing invoices and moved to payroll in 1988. Bob has had multiple positions in Accounting including Fab costing. He then transferred to the IT department in 1992, which he will be retiring from May 31st after 42 years!

Owen Industries: What did you value most about you experience working at PVS during your many years of tenure?

Bob White: The people I work with and the friendships I have found.

BW: Going from manual everything to computer automation.

OII: Do you recall a past project that challenged the team? One of those “They said it can’t be done” projects?

BW: Working with the IT team, they have always found a way to do whatever comes across their desk. They have incredible teamwork and always get the job done.

When I started, there were programmers in IT, and they had to write the systems.

OII: What do you think the future has in store for PVS and for Owen Industries?

BW: When I started, everything was manual. The payroll was backed up on a larger computer that printed on tape. Now everything is computerized and much more efficient.

Bob plans to spend time with his wife, who will also be retiring the end of May. He has 4 grandchildren, one of which he plans to watch during the day. He has some upcoming travel plans and hopes for find some new hobbies. One of his plans could be a new part-time job! Bob says he has really enjoyed working here, this has been his only full-time job after college! 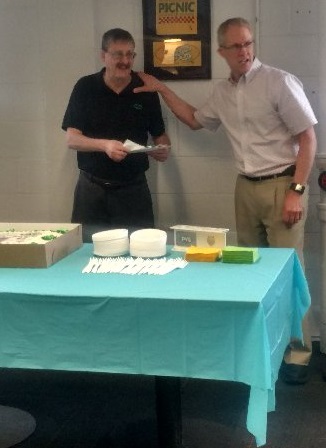 Bob White and Craig Bence, CIO, VP of IT 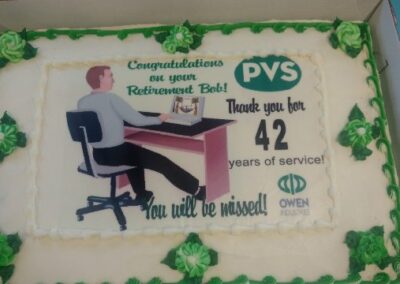 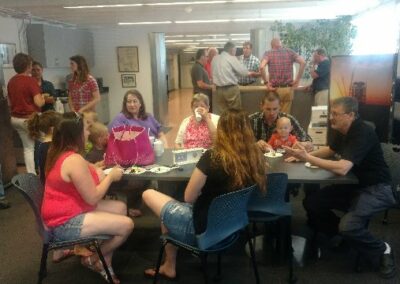