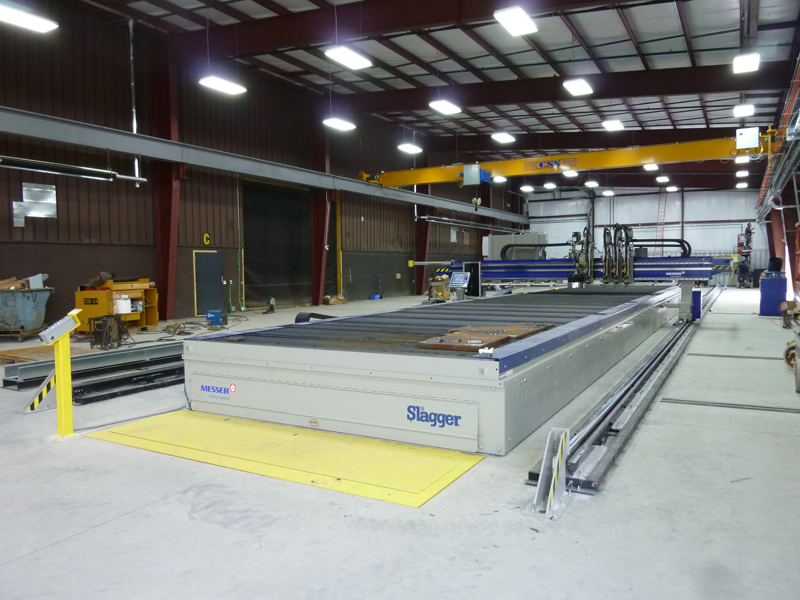 Larry Minter started with Missouri Valley Steel in September of 1970. He began his career as a welder, left the company to service his country, and again returned to MVS. Upon his return, he advanced from welder, to fabrication/fitting, to the template shop (before CAD programs took over), on to Quality Control then to Foreman and will be ending his career as plant manager the end of this month.

Larry says that cleaning the slag out of the cutting machines was a big job! The tables would be shut down on a Friday, disassembled and cleaned out on a Saturday so the machine would be ready for production Monday morning. In the late 90’s, the machine was moved so that the cement floor could be re-poured. Larry started thinking about how he could clean the table more easily. Owning a 4 wheeler with a snow blade at the time, he thought using the blade to push the slag out of the way would make the job much easier. He worked with the plant manager to build a cart that would fit under the table to help this job become quicker and more efficient. Once the slag was out from under the table, they could shovel the slag into containers. A salesman from Messer was visiting the plant, and when they showed him the design, a partnership grew! Some intense designing and input from other staff has made the Slagger the success it is today!

Below is a link for an article in Modern Metals Magazine, showing the use of a Slagger table.